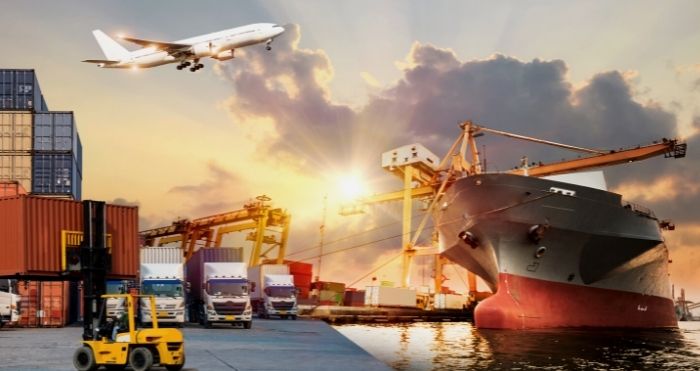 Cargo preclearance is an arrangement between two countries that allows Customs and Immigration officers from the country of destination to be located in the country of origin. These officers then clear or deny the admission of goods prior to entry into the destination country.

The US has been conducting preclearance of air passengers at an increasing number of Canadian airports since 1952 under various arrangements. These arrangements did not include all modes of transport or cargo operations until the Agreement on Land, Rail, Marine and Air Transport Preclearance Agreement (LRMA) between the US and Canada which was signed in 2015 but not ratified until 2019. But let's not get ahead of ourselves with the LRMA. We will review it a little later.

For the purposes of this blog we are going to look at the preclearance of goods, and more specifically commercial cargo. To gain a better understanding of where we currently are with cargo preclearance we need to look back.

A Brief History Of Cargo Preclearance

The Action Plan divided 32 initiatives into four areas of cooperation, or themes:

Preclearance of cargo fell under the theme “Trade Facilitation, Economic Growth and Jobs” wherein the BTB Action Plan stated “We intend to work towards developing an integrated cargo security strategy that ensures compatible screening methods for goods and cargo before they depart foreign ports bound for the United States or Canada, so that once they enter the territory of either can, together, accelerate subsequent crossings at land ports of entry between our two countries.”

A number of program pilots ensued for proof of concept. The first pilot for cargo preclearance took place in 2012. US Customs and Border Protection (CBP) and CBSA began a pilot project to test the ability to have CBSA inspect ocean containers arriving at the Port of Prince Rupert (in northern BC) destined for the US on rail cars.

Under this pilot, advance ocean carrier data for a limited amount of cargo destined to the US by rail from Prince Rupert was reviewed by CBP analysts who then referred suspicious cargo to CBSA to examine by x-ray. The images of the suspicious cargo were shared with the CBP whereby the cargo was screened and released before it reached the land border port of entry. Around the same time (early 2013) an extension to this pilot was added in Montreal that involved marine cargo heading to the US by truck. Both locations also assessed the integrity of tamper evident technology (i.e. cargo seals) used to ensure that cargo transported from the perimeter to the US land border was secured and not subjected to unauthorized access. Containers examined by CBSA were secured with a high security bolt seal until they reached the land border.

An assessment of the pilot at both locations was completed in 2015 and found that the CBP and CBSA were able to successfully share information and jointly mitigate national security concerns at the perimeter however the contraband risks could not be addressed at the perimeter due to various impediments such as legal authorities and operational processes. Based on the lessons learned in the pilot, both the CBP and the CBSA agreed to develop the US-Canada Joint Targeting Initiative (JTI) to look at current processes of both agencies, and to review the successes of the pilot. Both agencies recognized more work was needed to achieve the end state of “cleared once, accepted twice.” More time was needed to further harmonize the respective processes while effectively addressing current bi-national operational challenges.

The second pilot was conducted at the Pacific Highway/Blaine port of crossing in 2013. This pilot was to test how effectively and efficiently southbound trucks from Canada could be pre-cleared before crossing the border. The pilot was limited to participants in the FAST security program. The pilot involved CBP officers pre-inspecting FAST trucks on Canadian soil just north of the US border station. This was done to test the idea of CBP performing all the primary functions including radiation detection checks on Canadian soil. All secondary inspections were conducted on US soil at the port. Blaine was chosen as the initial site for pre-clearance because of its footprint which allowed CBP to closely monitor and control operations with a low-risk population of truckers and test the technology response protocols and throughput efficiency. This pilot demanded close collaboration between the US and Canadian authorities including the Royal Canadian Mounted Police (RCMP). Among the issues that needed to be agreed upon was how both sides would respond to a potential security risk. For this pilot, the CBP officers were able to obtain waivers to carry firearms on Canadian soil. CBP, CBSA and the RCMP ran through various scenarios to practice together how they would each respond. Under this pilot, trucks entered a designated area just north of the Blaine port and passed through 2 mobile radiation portal monitors before reaching the CBP preclearance booth where the driver, truck and cargo were processed. The truck then proceeded to the US primary inspection booth where another CBP officer would call up the transaction in the Automated Commercial Environment (ACE) system. If there were no issues, the driver would receive a green light to proceed through.

The pilot tested the response time of the CBP IT system from the preclearance booth to the inspection booth. The pilot proved successful inasmuch as proving that cargo preclearance reduced congestion while maintaining security.

In February 2014, a second phase to this pilot was conducted at Peace Bridge/Buffalo. This port of entry is one of the busiest land border ports and the pilot intended to test the ability to alleviate traffic congestion. Phase 1 at Pacific Highway/Blaine tested a “proof of concept” which determined the feasibility of CBP officers on Canadian soil to pre-inspect trucks, drivers and cargo, and the feasibility of using certain technologies and jointly developed procedures for primary truck processing by CBP in Canada. Phase 2 at Peace Bridge/Buffalo was to test the ability of the pre-inspection process to reduce wait times and border congestion. Phase 2 ran for 6 months and was deemed a success in early 2015.

In March of 2015, Canada and the US agreed to a new treaty entitled the Agreement of Land, Rail, Marine and Air Transport Preclearance which was a commitment of the 2011 Beyond the Border Action Plan.

The US Congress passed the necessary supporting legislation in December 2016 and Canada’s Parliament did so in December 2017. Canada published their required implementing regulations in June 2019. The ratification of the LRMA provided a new legal framework for Canada to conduct preclearance in the US. Although the LRMA provided the US with the ability to implement cargo preclearance in Canada, and there were pilots conducted to test the proof of concept as described earlier, cargo preclearance has not yet been established by the US in Canada.

The CBSA has undertaken a modal analysis to determine which modes would be operationally suitable for cargo preclearance proofs of concept. The CBSA has committed to initiate proofs of concept that will allow for an evidence-based assessment of the best approach for future permanent cargo preclearance operations. Cargo operations at key locations in the US will test operating procedures, infrastructure and logistics, while also assessing the impacts and benefits to stakeholders and the CBSA in a real-world context.

The CBSA has stated that implementation of cargo preclearance relies heavily on ongoing stakeholder input to identify opportunities which maximize economic, process, compliance, infrastructure and security outcomes. The CBSA reports that stakeholders have been very supportive of the concept and have shown great interest in participating in the proof of concept. Consultation with private industry and various government jurisdictions (local, state, provincial, regional, etc.) is ongoing to evaluate specific transport modes and site locations where cargo preclearance may provide benefits.

Of note, in 2017 the Bi-National Rail Cargo Pre-screening Pilot began wherein CBSA officers pre-screened rail cargo by viewing x-ray images of northbound rail cars at Rouses Point in New York. The CBSA alongside CBP took note of any irregularities and finished processing the goods in Canada. The project became permanent after the ratification of the LRMA in 2019.

The CBSA is developing two cargo preclearance proofs of concept in the air courier and rail modes in the US, under the authorities of the LMRA and the Preclearance Act, 2016. These proofs of concept will see CBSA officers located at strategic locations on US soil to conduct customs processing of commercial goods destined for Canada. In collaboration with key stakeholders including industry, the CBP and CBSA state they continue to work on refining policies and finalizing operational elements for both proofs of concept.

At this time, proof of concept participants and proposed locations have not been publicly announced, and negotiations have not been finalized. CBSA states that the implementation of these proofs of concept remains dependent on the stabilization of the pandemic. However, funding was announced in Budget 2021 and 2022 and there is a re-engagement with stakeholders. The CBSA is currently targeting 2023 for initial implementation (deployment of officers to the US).

Canada allocated funds to cargo preclearance in the 2022 Federal Budget under the heading “Modernizing Travel And Trade At Canada’s Borders,” wherein $656.1 million provided over five years beginning in 2021-22, and $123.8 million per year starting in 2026-27, to the Canada Border Services Agency to modernize Canada’s borders. Funding will also support three Canadian preclearance pilot programs in the United States that will enable customs and immigration inspections to be completed before goods and travelers enter Canada.

As you can see, the work continues and we await the announcement of CBSA preclearance sites in the US in 2023.

Let us help you with any and all your cargo or trade questions. Contact one of our Trade Advisors today.