Popular
Recent
US Lifts Tariffs On Steel And Aluminum
US, Canada And Mexico Sign A Revised NAFTA 2.0
Free On-Demand Courses | PCB Learning Center
7 Reasons To Invest In Customs Compliance Education
What Is The Status Of The NAFTA Agreement And USMCA
How International Trade Correlates To Gross Domestic Product
Attention Seafood Importers | New SIMP Regulations Effective January 2019
What Is Required To Import PPE And Masks Into The US
USMCA Details | United States Mexico Canada Agreement | NAFTA 2.0
CUSMA or USMCA | Everything You Need To Know About The New NAFTA - Part 4
5 Tips To Manage Your Country Of Origin Certificates (And Why It’s Imperative To Your Bottom Line That You Do!)
Commercial, Proforma And Special US Import Invoices
FAQ Section 321 Entry Type 86
What Is A CBP Withhold Release Order And Why Goods May Be Issued One?
Why Can't I File Drawback On All Duties, Taxes, And Fees?
How CBP Keeps A Close Eye On Relationships Within The Customs Transaction
Proposed Changes To De Minimis, Antidumping, Countervailing, Softwood Lumber And Seafood Imports
3 Conditions Of Use For US T&E Bonds
5 Tips To Save On Import Costs
Dos And Don'ts Of Section 301 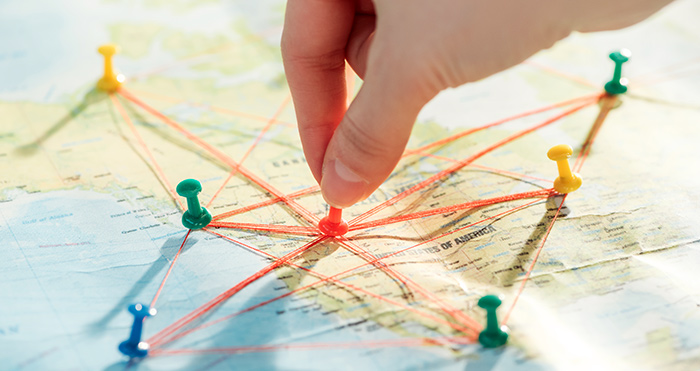 Determining the origin of a product can reduce the amount of duty an importer may have to pay on a product when importing.

There are differing rules of origin under various national laws and international treaties. An incorrectly listed country of origin could cause the importer to face penalties from customs such as delays in clearance, and increased chances of audits and fines. It is no longer easy to determine the country of origin for a product. Manufacturers generally source materials and components from around the world and then manufacture or assemble their products in a particular country.

Rules of origin are necessary to attribute one country of origin for each product. Rules of origin assist importers and customs agencies to define where a product was made so that trade policy can be applied such as a free trade agreement, quotas, anti-dumping measures, countervailing duties and trade preferences.

The U.S. Customs and Border Protection Agency (CBP) use rules of origin to determine which goods are entitled to a particular tariff treatment or trade agreement.

There are two basic rules of origin; preferential and non-preferential. While the general rules are the same, the exact rules may vary from country to country. Generally, preferential rules apply to specific trade agreements between countries such as free trade agreements. These rules can vary from one agreement to another and if met the products can benefit from tariff concessions such as lower or zero duty rates.

Non-preferential rules of origin are for general application. They are used to determine a product’s country of origin for purposes such as origin marking, statistics, import quotas, anti-dumping and countervailing duties, tariff treatments such as the most favored nation.

Rules of origin also have criteria that must be met with shipping such as direct shipment, transit and transshipment. The shipping provisions identify the requirements that goods must meet before being imported into the U.S.

5 Common Mistakes When Importing Into The U.S.

A good reference for importing into the U.S. can be found in the CBP Rules of Origin where CBP provides information in a table that summarizes the required proof of origin and specifies who may certify the origin of the good for each of U.S.’s Free Trade Agreements and for other countries under their rules of origin.

The burden of proof relating to the origin of any goods lies with the Importer of Record. The implications of the country of origin on the amount of duty the importer will pay is immense. It’s best for an Importer to determine origin early or even consider it when designing supply chain routes.

Determining the country of origin early and basing that determination on factual information will help ensure that the product remains compliant with CBP import rules and regulations.

Certificates and statements of Origin are used to support the tariff treatment claimed. The tariff treatment is linked to trade agreements between Canada and the U.S. and other countries. It is not always necessary to present the certificate or statement at the time of release of the shipment but the Importer of Record must be in possession of a valid certificate or statement when the importer accounts for the shipment.

Our Trade Advisors can assist importers in determining country of origin and the requirements or criteria for claiming preferential or non-preferential rules of origin.