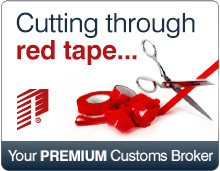 Canada will retaliate within days against American aluminum tariffs, with plans to announce a series of counter-tariffs early next week.

Officials in Ottawa and at the Canadian embassy in Washington confirmed previously threatened counter-tariffs will proceed by Wednesday.

The government had said during the summer that unless the U.S. dropped its latest round of aluminum tariffs, Canada would impose $3.6 billion in countermeasures by then.

The Canadian ambassador to the U.S., Kirsten Hillman, said in an interview Friday that the move is imminent.

"Absent any change in [the U.S.] policy, they will take effect next week," the ambassador said.

"And they will remain in effect until the U.S. eliminates its tariffs against Canada."

Canada is responding to a 10 percent tariff announced by President Donald Trump in August, a move that struck just over half of Canada's aluminum exports to the U.S...