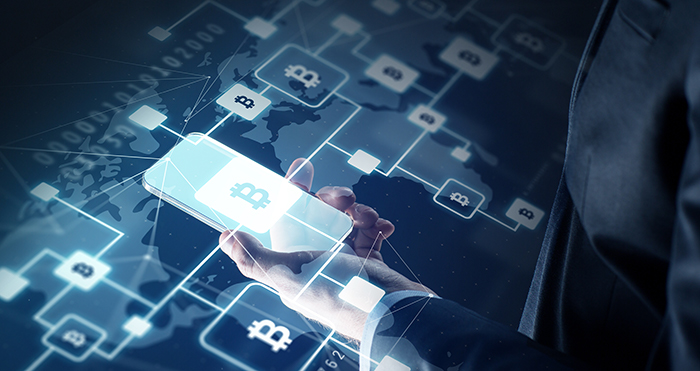 In September 2018, U.S. Customs and Border Protection (CBP) will start pilot testing the viability of blockchain technology in international trade. One of the first tests will be to see if they can successfully receive Certifications of Origin to identify if a product can qualify for preferential treatment under the North American Free Trade Agreement (NAFTA).

Blockchain allows for digital information to be shared but not copied. It was originally created for financial transactions however, tech communities are starting to get more creative on what it can be used for. This includes smart contracts, transparent voting for elections, file storage, and in the world of trade, supply chain auditing.

Blockchain acts as a large database spread over a network of many, many computers. By not storing the data in any one location decentralizes the data. By decentralizing the data, it makes it difficult for a 'hacker' to corrupt, thus making it a safe way for many people to access the data simultaneously.

Another interesting fact about blockchain is it can be setup to share with the entire public, or only shared with a few selected individuals. This allows for it to be used on massive scales, such as an election, or small scales, such as a one-on-one contract between you and a supplier.

History is another important factor. Blockchain has the ability to collect and maintain all transactions and previous data. In the trade industry this could be vital since records are required to be kept by Customs for multiple years in case of an audit. With a clear history that is accessible at any time, it can make it easier on Customs and the individual or business being audited.

What Is Your Commodities Origin?

The goal is to certify the backstories of commodities are genuine. Is your sweater really made in Canada? Is every part from your laptop obtained or produced entirely in Canada, the U.S. or Mexico? Probably not, however with the assistance of blockchain technology and supply chain auditing, the answer could be quick and easy for CBP to discover.

Why This Potentially Helps U.S. Customs?

The reason CBP is excited for the viability of blockchain technology is because it can permanently verify transaction records in a fast and secure way. Being able to work fast and safe is any businesses dream, and CBP wants to start testing the technology in the early stages to make sure they are ready to handle the demand for blockchain technology once more companies adopt the relatively new idea.

How Supply Chain Auditing Can Help

It is easy to drown in the science behind blockchain technology, but what matters most to you is blockchain can allow you to do business easier and safer than before. The introduction of Electronic Data Interchange (EDI) has eliminated the need for faxing, mailing or hand delivering paper documents. By having a safe way to transport the same paper documents digitally in only a way where you, the sender, and CBP, the receiver, can access it, than business will become better for you.

With pilot testing to begin in September it will be interesting to see what the findings are from CBP. This might be the first step U.S. Customs takes to adopting blockchain technology and electronic supply chain auditing.