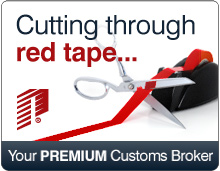 U.S. Trade With Hong Kong To Be Affected By Policy Change

President Trump announced May 29 a change in U.S. policy that will have a significant impact on imports from and exports to Hong Kong.

This announcement follows a Department of State certification that Hong Kong is no longer sufficiently autonomous from mainland China to justify being treated as a separate territory in economic and trade matters. Secretary of State Mike Pompeo highlighted a recent announcement by China’s National People’s Congress of “its intention to unilaterally and arbitrarily impose national security legislation on Hong Kong” but said this is “only the latest in a series of actions that fundamentally undermine Hong Kong’s autonomy and freedoms.”

The president cited two specific actions he will direct his administration to take. The first is to revoke U.S. treatment of Hong Kong as a separate customs territory. This revocation is expected to result in the extension of the Section 301 additional tariffs on Chinese goods to covered products made in Hong Kong. It will also likely mean the extension of antidumping and countervailing duties on goods from China to the same goods from Hong Kong.

Other possible impacts may include (1) a requirement to change the country of origin labeling on goods made in Hong Kong, (2) a termination of U.S. recognition of certificates of origin or other documents issued by Hong Kong authorities, (3) banking and finance operations, (4) taxation provisions in place with respect to Hong Kong, and (5) the status of Hong Kong-flagged ships and aircraft.

Second, the U.S. will modify its controls on exports of dual-use technologies to Hong Kong. While the president did not say so specifically, this is expected to mean the imposition of tighter restrictions on such exports.