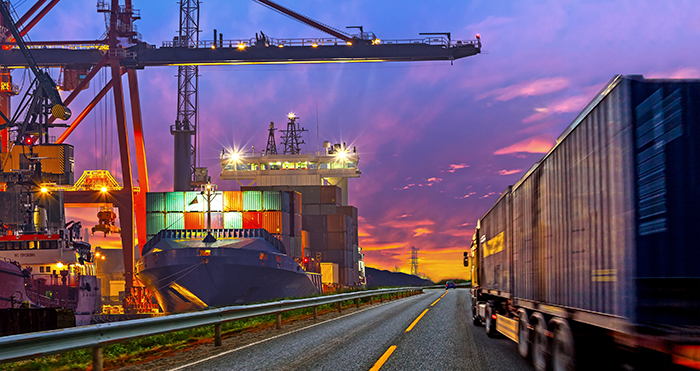 On May 8, 2013, Pacific Customs Brokers attended the Annual Carriers Meeting hosted by U.S. Customs and Border Protection (CBP) and held at their facility at the Port of Blaine, WA.

Presenting On Behalf Of CBP Were:

While the main topic of discussion was the Cargo Pre-Inspection Pilot Program that is tentatively scheduled to commence in early June, 2013, many other items were also touched upon.

Brief Highlights Of These Topics Are Listed Below:

The Cargo Pre-Inspection Pilot is one of the initiatives undertaken as part of the Beyond the Border Action Plan. CBP will be working in conjunction with the Canada Border Services Agency (CBSA), the Royal Canadian Mounted Police (RCMP), Public Safety Canada and Transport Canada to conduct primary truck processing on the Canadian side of the border. Only Free And Secure Trade (FAST) certified carriers are eligible to participate in this program and while it is not mandatory, CBP is encouraging all FAST carriers to participate and also to begin filing ACE electronic manifests on empty trucks.

Phase I of this pilot is scheduled to begin at Pacific Highway in early June and will run for up to six months. Subsequent to that, Phase II will go into effect at the Peace Bridge crossing between Buffalo, NY and Fort Erie, ON.

Further details of the program are outlined on this Cargo Pre-Inspection Pilot Factsheet.

Chief McMillan gave details of the revised traffic flow and asked that we help to distribute the following explanation and diagram. Southbound Improvements at the Pacific Border Crossing for U.S bound commercial and FAST trucks.

Assistant Director Williams indicated that there have been some changes to the application process to obtain carrier bonds. Carriers looking to become bonded can contact the port for details.

Agriculture Chief Cunningham spoke about a significant increase (225%) in instances of pests and / or noxious weeds found in wood packaging materials. The result of this will be increased vigilance and more inspections. Chief Cunningham encouraged carriers to inform shippers, warehouse people and drivers to be on the lookout for non-compliant or obviously infested wood packaging materials to help avoid delays at the port of entry. Canadian shippers were informed that the use of  kiln dried wood for packaging is recommended. Also, loading to allow easy access for CBP to perform wood inspection, can help reduce the need for off loading.

Chief Cunningham spoke about the instances of non-compliant food products found in drivers lunches. Drivers are reminded there is a $300 fine for not declaring personal food items. The percentage of non-compliance in passenger vehicles is approximately 7%, while in commercial vehicles it is approximately 20%. Chief Cunningham urged carriers to remind their drivers of the rules regarding the importation of foodstuffs, primarily fruits and vegetables, and also mentioned that they would endeavor to produce a list of non-compliant items that carriers could refer to.

Assistant Director Williams spoke about the coming implementation of the requirement for manifesting and entry of residual material in instruments of international trade. To learn more read our recent blog on Manifesting and Entry of Residue Found in Instruments of International Traffic into the USA which also highlights a recent webinar held by CBP on this topic.

Assistant Director Williams stated that, while there was no official word on sequestration, there was some indication that its effect on CBP, and its staffing levels, may not be as dramatic as initially anticipated.

Pacific Customs Brokers would like to thank U.S. Customs and Border Protection for holding this meeting and taking the time to keep both carriers and customs brokers informed on pertinent issues. As more information becomes available, we'll be sure to keep you informed.