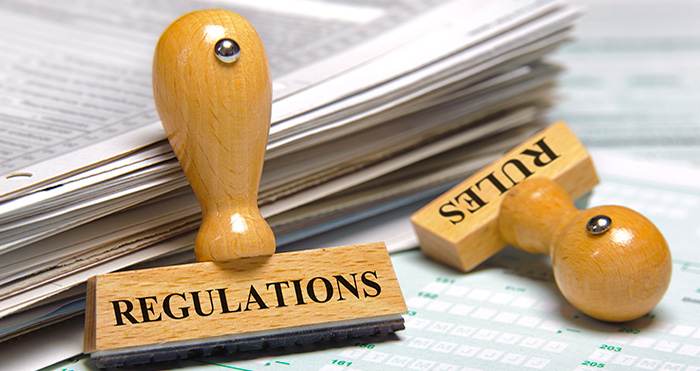 Section 201 is a key piece of the Trade Act of 1974. This trade act sought to continue to modernize and expand U.S. trade. This key provision provided an avenue for U.S. domestic industries who had endured serious injury, or had been threatened with serious injury, as a result of an increase in imports to petition the United States International Trade Commision (USITC) for relief. Like many of its trade remedy counterparts, it was crafted with the intent to protect domestic commerce. Although incorporated into the Trade Act of 1974, the idea of this type of temporary relief had early origins in U.S. trade.

In the 1940s the U.S. started to incorporate the idea of an “escape clause” for U.S. industries as the government expanded our trade relations. Section 201 is a direct descendant of that notion and tactic.

This “escape clause” allows for temporary relief of economic injury by foreign imports by allowing industries more time to adapt to the impact of a freer trade environment. If a duty rate in an agreement dropped to 0% and partner goods started flowing in they wanted to make sure that it did not result in the U.S. domestic industry being wiped out. It was their temporary “escape” route.

How Often Has Section 201 Been Imposed?

As part of the Trade Act of 1974, it has been around for a while. However, Section 201 was only initiated 75 times between 1974 and 2001. It went largely unutilized for nearly two decades until 2017 when the U.S. domestic solar panel and washing machine manufacturers issued an investigation request to the Commission. Both industries had already been provided some type of relief under Section 337 of the Tariff Act of 1930 in the form of Antidumping (ADD) and Countervailing (CVD) duties, however both industries determined that those ADD/CVD duties did not provide enough relief. They need more relief than Section 337 could provide. Thus the long unused section of the Trade Act of 1974 was resurrected.

How Is Section 201 Applied?

Upon receipt of a petition the USITC will investigate to determine whether quantities of comparable goods are being imported at an increased rate, and if that increase is or could cause substantial and serious harm. If the Commission finds that to be the case they will make a recommendation to the President on how to provide relief and/or how to prevent further injury to the U.S. domestic companies. Based on those recommendations, the President holds final word on whether to provide relief and the amount of relief; meaning, at what rate the Section 201 duty should be applied.

Section 337, commonly referred to as ADD/CVD duties, has been the most widely used trade remedy deployed by the U.S. So why impose Section 201 after a near 20 year slumber? Simply put, for greater global reach and the allowance of broad application. We have seen similar reasoning with the resurrection of other trade remedy legislation like Section 232 of the Trade Expansion Act of 1962 , as well as Section 301 of the Trade Act of 1974.

This is fishing for foreign competitors in your industry with a net as opposed to a hook. Section 337 targets offending source countries, and suppliers within those source countries. Whereas Section 201 can be applied globally and does not require findings of unfair trade practices, and is based on the reporting by U.S. industries that are experiencing serious harm by an increase in comparable foreign supplied goods in their market.

How Is Section 201 Different From ADD/CVD?

Other than broad application, there are a few other notable differences between Section 201 and other trade remedies.

Higher Threshold For Cause

Second, Section 201 has a far higher threshold for what is considered an injury requirement compared to other unfair trade statutes. Perceived injury or threatened injury must be serious and the increase of imports must be a substantial cause. If foreign goods are leaving little market share for U.S. domestic companies then Section 201 is their “escape clause”.

At The Discretion Of USITC, Imposed By The President, Historically Supported By The Courts

Third, challenges to Section 201 in the U.S. Trade Courts have struggled to achieve successful outcomes. Section 201 investigations are utilized at the discretion of the USITC, and imposed at the discretion of the President. Both the Commision and the Administration have the authority to use that discretion as they see fit under this legislation. They are intended to be a temporary remedy to allow U.S. domestic industries time to adjust to a changing market as well as to protect their market share of domestic commerce.

Who Will Be Impacted?

Although rarely used until recently, so far Section 201 has proven itself effective. Will every U.S. domestic market file a petition? Likely not, however, we are seeing a considerate expansion.

Many industries took note when the solar panel and washing machine industry found successful outcomes beyond what ADD/CVD could provide. The Section 201 duties on solar panels is 30% on top of other applicable duty rates, and washing machines saw steeper imposements of 20-50%. These two industries accounted for $7.2 billion dollars in trade, and at 20-50% that is notable and hard to ignore.

Recently blueberries have been the latest Section 201 candidate, and depending on how successful it is for the U.S. blueberry industry it is likely they will not be alone.

Trade is temperamental and trade is tricky.