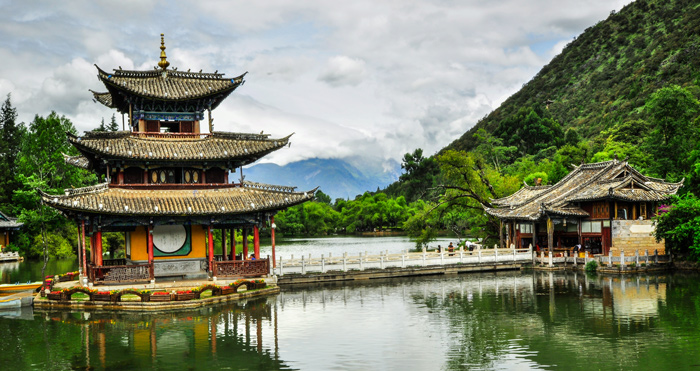 12
JUL
'
18
How The Proposed Tariffs Affect You In The U.S.-China Trade War
PRINT BLOG

For the second time in July the U.S. government has placed additional tariffs on products exported from China and imported into the U.S. If the proposed tariffs were actioned, there would be changes for both American and Canadian importers. How will the additional tariffs on Chinese manufactured goods affect trade between the United States and Canada?

The Proposed Tariffs Effect On Canadians

Canada is already in the midst of a trade war with the U.S. Now Canada is unwittingly affected by the trade war between the U.S. and China because many items proposed for additional tariffs are manufactured in China, exported to Canada and then finally exported into the U.S. The additional tariffs levied against Chinese goods are applicable to goods manufactured in China without regard to the previous country of export.

Canada has enjoyed a long standing trade partnership with the U.S. Canadian companies often act as Non-Resident Importers; handling all of the import requirements including payment of duties and taxes. This has allowed Canadians to sell their goods to companies in the U.S. as seamlessly as a U.S. company. This allows Canadian exporters to expand their market beyond the Canadian border.

The third list of tariffs released on July 11th cover consumer goods such as furniture, seafood, automobile parts, televisions and video equipment, which we see our clients from Canada ship on a daily basis.

Even though the trade war is between the U.S. and China, other countries are affected because they, like the U.S., have their goods manufactured in China.

Many of the items on the proposed list such as furniture and seafood, which are normally duty free, will be dutiable at 10% if the proposed tariffs are actioned.

If you are a Canadian company who exports Chinese manufactured products into the U.S. you will need to consider how you will address the increase in cost of exporting to Americans.

The Proposed Tariffs Effect On Americans

Over 75% of the new tariffs target machinery for manufacturing goods, electrical equipment, televisions, recorders, bicycles, bicycle parts, and automobile parts: all merchandise which is in high demand with american consumers. With the U.S. being a consumer based economy, where the consumer is interested in paying the lowest price possible, this new legislation would have an adverse effect on the U.S. economy.

In short order, the increase in costs to bring goods into the U.S. will increase costs for producers, importers and ultimately the consumer. This is never a popular solution, however the U.S. has tried to entice China to come to the table to discuss revising their unfair trade practices.

The additional tariffs were initiated to combat Chinese regulations that require companies wishing to do business in China partner with a chinese company and share the technology associated with their products leading to violations of both intellectual property rights and World Trade Organization (WTO) rules.

Some economists say that a more appropriate way to combat these unfair trade practices would be to band together with other countries and take their concerns to the WTO to initiate a lawsuit against China.

In the long run, if the two countries can come to a satisfactory solution to the root of the issue the U.S. will benefit greatly and the trade deficit will balance out.

Your Guide To The Proposed Tariffs

This is a retaliatory move by the U.S. to address concerns of intellectual property rights.

The United States Trade Representative (USTR) will be holding a hearing August 20th-23rd on the impact the proposed tariffs will have if imposed. In order to appear at the hearing, submission must be made before July 27th, which must include a summary of the expected testimony. Written comments can be submitted to the USTR from now until August 17th, 2018.

A decision on if the additional 10% tariff will be imposed or not is expected to be announced at the end of August, after the hearings.

This 10% will be in addition to the already imposed 25% tariff on $34 billion worth of goods from China that came into effect on July 6th, 2018. China retaliates with a reciprocal tariff increase on U.S. commodities imported into China.

How You Can Prepare For The Proposed Tariffs

As a business it is best for you to be proactive in your approach to the impending changes. Contacting a trade professionals for advice on how the proposed legislation could affect your company will provide you with the knowledge to make quick decisions when change inevitably comes.