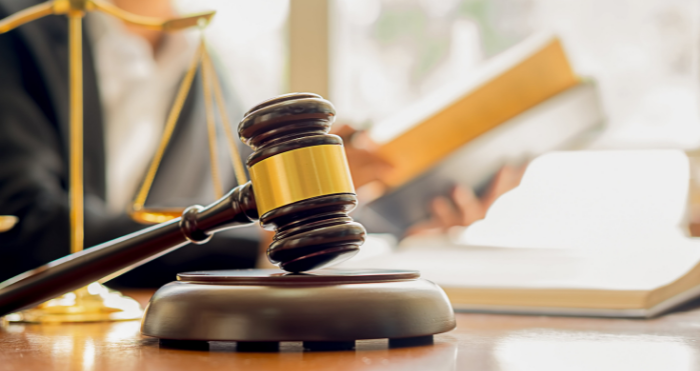 7
Oct
'
21
Import Detentions and Seizures: What You Need to Know to Avoid Heartbreaking and Expensive Problems
PRINT BLOG

When US Customs and Border Protection (CBP) concludes that an examination of imported goods for trade compliance is in order, the inspection will usually be based upon one or more of the following:

CBP has five (5) days in which to release imported items, after which time the goods are deemed “detained.” CBP will normally detain the goods while it decides what course of action to pursue. If CBP fails to decide whether the goods are to be admitted within thirty (30) days of the detention, established law assumes that the agency has decided that the imported goods will be excluded from entry into the US.

The law permitting the “deemed exclusion” is 19 CFR Section 1499(c), which also provides the importer with the right to file an administrative protest with CBP. If the importer’s protest is denied by the agency, then the Court of International Trade (CIT) has jurisdiction to decide whether the exclusion of the goods by the agency was warranted. It should be noted that the CIT has exclusive jurisdiction over the agency denial of such protests pursuant to law. See 28 USC Section 1581(a). This statute further provides that an importer’s protest against exclusion will be deemed denied thirty (30) days after its submission to CBP. The importer can then immediately proceed to court.

Importers should bear in mind that certain trade compliance issues will not cause CBP to detain imported goods. For instance, CBP may reclassify imported goods into greater tariff provisions of the HTSUS, something that results in an advance of value of the goods, without issuing a detention of them. This happens when a CBP Import Specialist issues a CBP Form 29 (Notice of Rate Advancement) to an importer. However, it must be noted that certain issues can impact the admissibility of imported goods and cause CBP to detain and possibly seize (that is, “arrest”) the goods. This sometimes occurs when imported goods have incorrect markings, or IPR violations, or safety issues.

CBP may detain imported goods when the agency has “reasonable suspicion” that the goods under consideration may be inadmissible, but still requires more information to make a positive determination. If CBP decides to detain the goods, a Notice of Detention is sent to the importer or to the importer’s customs broker/agent no later than five (5) business days from the date of examination.

As indicated above, detained goods are typically detained within five (5) days of arrival. After this time, CBP should issue a formal Notice of Detention within another five (5) days (that means, the importer should receive a formal detention notice within ten (10) days after the arrival of the goods, excluding weekends and holidays. For various and often inexplicable reasons, CBP does not always observe its own protocols concerning detentions. The CBP Notice of Detention should set forth specific reasons for the agency’s action. This should include the nature of any test or inquiry to be conducted as well as the nature of any information that, if supplied to CBP, might quickly resolve the detention. Since protocols are not always followed by CBP, it is usually helpful for an importer to have a customs attorney involved in the response to a Notice of Detention.

The Notice of Detention gives an importer a limited but meaningful opportunity to provide CBP with information that may bring about a favourable determination concerning the detention. It follows that importers must have immediate access to documentation concerning the admissibility status of imported goods. An importer must be prepared to respond immediately to any admissibility concerns raised by CBP.

If unresolved, detentions almost always quickly morph into seizure cases. Seizure cases require CBP to undertake the legal forfeiture of the importer's goods by the issuance of a Notice of Seizure letter. After the agency gives the importer the opportunity for rebuttal by way of administrative or judicial review, the seized goods may be auctioned off or destroyed.

It must be noted that when a CBP Officer believes that an import shipment is in violation of law or regulation, that party will then forward the case to an appropriate CBP Supervisory Officer for approval within 24 hours. The case is then referred to the Fines, Penalties and Forfeitures (FP&F) office within three (3) working days. An FP&F Officer, a paralegal, will then review the case. If warranted, the FP&F Officer will then send the alleged violator and other interested parties (like the importer’s licensed US customs broker/agent) a Notice of Seizure letter. By the time the Notice of Seizure letter is issued, the seizing US Customs Officer will have transferred the seized goods from a Centralized Examination Station to a bonded warehouse. Throughout the seizure process, the importer is charged storage fees, which may need to be paid if CBP agrees to release the goods.

The Notice of Seizure gives information regarding the identity of the seized goods, the location of the seizure, and citations to legal authorities. Generally, the alleged violator is given the following options:

The importer should be aware that in addition to the possible loss of seized goods, US law can provide for significant civil penalties for goods introduced, or attempted to be introduced, contrary to law or for bearing counterfeit marks.

Besides being absolutely aggravating, CBP’s detention and seizure processes are very complicated:

As stated above, if CBP does not make a decision as to admissibility within thirty (30) days of the detention, the law assumes that the agency decided to exclude the imported goods from their entry into the US. This is known as a “deemed exclusion”, and the importer then has the right to file an administrative protest with CBP.

Importers need note that deemed exclusions do not apply to detentions affected by CBP on behalf of PGAs “in whom the determination of admissibility is vested.” Deemed exclusions also do not apply to detentions arising from possibly piratical copies, goods bearing marks that are confusingly similar to recorded trademarks, imports of articles bearing counterfeit marks or suspected counterfeit marks, or restricted gray market merchandise.

For trademark violations, CBP states that these are excluded from the detention rules by 19 CFR Section 151.16, the reason being that they fall under specific rules provided for in 19 CFR Part 133 Subpart C. These regulations allow for the seizure of counterfeit merchandise, and the detention and denial of entry of articles with a copying or similar trademark and gray market articles “for 30 days from the date on which such merchandise is presented for Customs examination.” The regulations also provide that the imported goods “shall be seized” if they are not released within the 30-day period. CBP has stated that copyright violations are controlled by 19 CFR Part 133 Subpart E, which provides that the Port Director “shall seize'' infringing copies, with notice being given to the importer, who must deny within thirty (30) days that the merchandise is an infringing copy or it is subject to seizure and forfeiture. See 19 CFR Section 133.42.

Should CBP fail to make a seizure of infringing imported goods by the end of the 30-day period, the courts have allowed the use of the deemed exclusion and protest procedure, regardless of the exclusionary language of 19 CFR Section 151.16. If the imported goods are not released within the 30-day period of time, then there is a deemed exclusion for the purpose of allowing the importer to file a protest.

If an importer wants to have its case heard by the CIT as an exclusion case, then the importer should immediately file a protest once they receive the Notice of Detention or the 30-day deemed exclusion period is over. Once the importer’s protest is denied, or another 30 days has passed and that protest is deemed denied, the importer can then file an immediate summons in the CIT. Once that summons is filed, CBP will not be able to issue a seizure notice. The protest should state unequivocally that the importer challenges the agency’s exclusion.

If an importer wishes not to have imported goods detained or seized by CBP, and thus avoid the filing of protests and legal actions, the following suggestions should be taken: