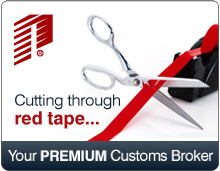 Today the U.S. Senate passed the new North America Trade deal known as USMCA or CUSMA. The trade deal now passes to the President of the United States for final ratification. President Trump is likely to sign the deal late next week.

In Canada, the bill that would implement USMCA progressed through a second reading in the House of Commons in June but stalled in September upon the dissolving of the 42nd Canadian Parliament ahead of the federal elections in October. It will now need to be reintroduced to the 43rd Parliament, which assembles at the end of January 2020. The bill is not likely to be passed until sometime in February 2020.

As to the differences between the trade deal known as NAFTA and the new deal known as USMCA or CUSMA refer to our blog USMCA Effective Date | Is The Deal Done?

For now, continue to work under the rules of NAFTA. Should you have any questions please contact one of our Trade Advisors at PCB.